Поделиться
The famous Japanese Protestant writer and religious figure Uchimura Kanzo was born on March 26, 1861 in Tokyo to a samurai family. His early childhood in the Meiji period was no different from that of other Japanese people. The Meiji era of Japanese history is an attempt to move from isolationism to trends, concepts and ideas of another, including the Western world. The industrial revolution, the integration of technical innovations into Japanese life was fundamental, which completely reformatted the national paradigm of Japanese thinking. 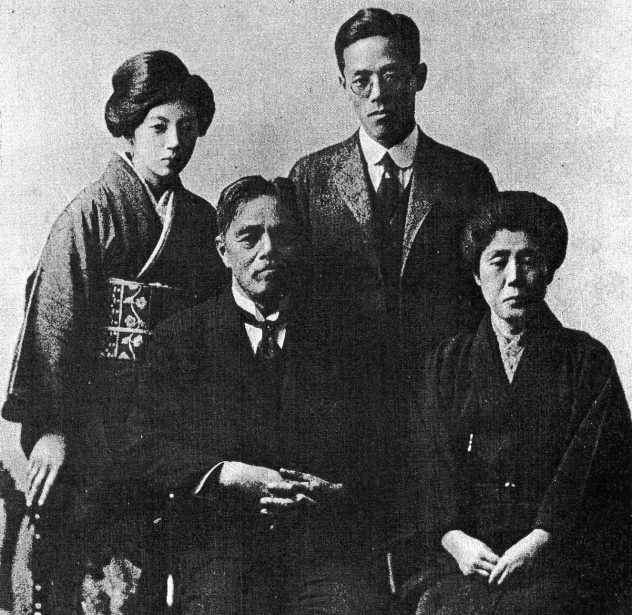 The early childhood of a future missionary, theologian, and preacher was closely and inextricably linked to Shinto and the usual Confucian morality, which, despite its Chinese origins, fit organically into the typical Japanese mentality. In addition, Uchimura’s father was a samurai, and he was able to inherit all the necessary skills from his father. However, despite the significant traditional Shinto influence, the study of foreign languages ​​attracted at that time still quite young 14-year-old Uchimura. The result of his persistence was his mastery of the English language, which gave great social opportunities to look «beyond» the Western world and discover new ways. The future essayist, poet and preacher dreamed of seriously mastering management skills for a career in the civil service. During his student years, Uchimura Kanzo showed ingenious abilities in the field of economics, the ability to rationally use resources, to solve complex problems.

In 1877, Uchimuro entered the Agricultural College in Sapporo (now the University of Hokkaido), which was initiated by the American businessman, chemist and Christian missionary William S. Clark. Thanks to his volunteer work, perseverance and diplomatic skills, as well as his willingness to help the Japanese government open a local university, education went beyond national concepts. Thanks to such initiatives, development of educational programs, establishment of standards of infrastructure of the educational institution, interethnic and interethnic barriers have been overcome, stereotypes have been dispelled. Despite the fact that William Clark taught disciplines in agricultural technology, the scientist had a special task — to spread the teachings of Jesus Christ among Japanese students and students of educational courses. Despite the exhaustion and hard work, the researcher organized informal meetings among students to study the Bible and learn the basics of the Christian faith. Japanese students were so impressed by what they heard that the figure of the Person of Christ was reflected in all their thinking and consciousness. Among such students who were impressed by the story of Christ’s teachings, life, death and resurrection was Uchimura Kanzo, who left his signature on the Gospel booklet, promising to follow Christ’s principles, follow his words, and lead a moral life. After graduating from college at the age of 16, the future preacher and Christian writer and thinker was often subjected to Sempai pressure (peers who tried to morally resist a teenager by deciding to follow the principles of Christianity). Uchimura realized that belief alone was not enough; one should devote one’s entire life to spreading Christ’s worldview, conveying to the Japanese in plain language what seemed foreign and distant to many. Christ, born in Bethlehem, brought up in the Jewish tradition, was to be understood by man in the land of the rising sun; isolated, isolated from the long civilizational space of the island empire in the Far East with a mentality that can not take its eyes off Fuji, from the father, from the aesthetics of wabi, sabi, yugen — attempts through small things to see the boundless beauty of the world. The task facing the new Christian was quite difficult. Uchimaro Kanzo realized on the basis of gospel words that he should be baptized on the basis of faith. In 1878 he was baptized by one of the Methodist missionaries and thus began to take an active part in parish life.

The burning spirit, jealousy and longing for Christ in which Uchimaro believed caused considerable dissatisfaction on the part of the official leadership of the Methodist Church in Sapporo. This state of affairs somewhat upset the young preacher, which eventually led him to establish an independent Christian church in Sapporo, which grew into a powerful missionary movement and a format of non-denominational ministry. Through the work of such a community, the Japanese embraced Christian teachings and believed in Jesus Christ, and proved to others that these principles have a very positive effect on various spheres of life. However, despite an influential independent Japanese Christian group in Sapporo, Uchimaro moved to the United States in search of employment as well as missionary experience. It was in the United States in 1884 that he was influenced by his acquaintance with the Quaker couple, Wister Morris, and his wife, who helped them realize themselves at Alvin University. Getting acquainted with the Quaker doctrine, Uchimaro impresses with his attempt at a mystical perception of God, as well as a clear pacifist position. After gaining Quaker spiritual experience, Uchimaro organized the School of Friends in Tokyo together with his spiritual brother Nitobe Inazo, who helped organize meetings and seminars.

After 8 months of hard work in Alvin, the missionary travels to New England, actively acquiring intellectual and spiritual skills. This led him to re-enter Amhert College in September 1885. College President Julius Holly Seeley becomes his spiritual mentor and recommends synchronized study at Hartford Theological Seminary. However, Uchimaro was not interested in religious academic education per se. The spirit of preaching and spreading the gospel and missionary work with disadvantaged, affected people burned in his soul. The Divine Spirit led him to work on the troubled sections of the population and to bring inner peace and happiness in the preaching of Christ. Uchimuro studied at the seminary for only one semester and was disappointed with the narrowness of theological educational programs. However, Christian enthusiasm did not fade and did not leave Kanzo. In 1888, the preacher returned to his homeland — Japan.

The ambitious and uncompromising preacher Kanzo realizes himself in the pedagogical sphere, working as a local teacher. His position was not always shared by the administration of the schools where he worked, which resulted in his numerous dismissals. The Tokyo Education Administration could not accept Kanzo’s treatment of foreign missionaries in Japan. The most famous precedent in Kanzo’s biographical page was his shinto refusal, according to Shinto custom, to bow in front of a portrait of Emperor Meiji and the Imperial Rescript during one of the educational ceremonies. After the scandal and the next dismissal, Kanzo realized that in the conditions of Japan at that time, it became impossible to stay in the pedagogical sphere. Since then, the preacher has taken up the written word and immersed himself in literature with good success. Numerous essays, works, poetry, as well as reflections on Christian themes — a legacy that made Kanzo one of the most popular writers and journalists of the late XIX — early XIX centuries. XX century.

His journalistic career and writing career began as a senior columnist for Yorotsu Chocho. The content of his publications contained clear arguments and convictions, an uncompromising position on the Christian faith. The articles sharply criticized pragmatism, violations of laws and norms of morality. One of his famous publications criticized local Tokyo businessman Ichibei Furukawa for the first time in Japan’s history of industrial pollution related to the operation of the Ashio mine. Kanzo’s new life test as a journalist was his pacifist views on the Russo-Japanese War. The analysis of the military events in the newspaper columns submitted by Kanzo provoked a sharp controversy with the official editorial views.

Due to these facts, Kanzo was fired, which helped him realize his personal intentions in the publishing house of the monthly magazine «Tokyo Zashshi», and later «Seisho no Kenkyu» (biblical study). In central Tokyo, Kanzo conducts powerful evangelistic campaigns, a humanitarian mission in the slums of Tokyo, and psychological counseling and gospel preaching. Many Japanese accept Christ and the Gospel with incredible thirst. An audience of 500 to 1,000 people becomes regular listeners to lectures on Christ and the Bible. At times, Kanzo’s preaching campaign provoked opposition to the traditional Christian churches of Tokyo at the time. In addition, some adventurous ideas were spread by followers of Kanzo’s sermons that the Christian faith did not require church life or participation in sacraments or rites. To get a true answer without commitment, Uchimaro Kanzo calls the personal Christian concept the Japanese word «Mukyokai,» which can be interpreted as an «extra-church movement.»

In his famous essay «Japan and the Japanese» (1894), Kanzo declares the truth of the closeness of the ideas of the Christian faith to the Japanese mentality and culture. Despite the Shinto worldview of the ancestors, the belief in Konjiki and Nihong, and the fact that certain customs were closely intertwined with Japanese everyday life, Kanzo preaches the clear thesis that Christ came to the Japanese as he came to the world. He clearly preaches the idea of not «imported» Christianity from the West, but the idea of ​​»Japanese Christianity», which does not reject local traditions. Thanks to the Gospel, Christ became close to the Japanese, and thus related them in himself. According to Kanzo, Japanese Christianity is not just another illusion, but a reality that reflects the followers of Christ in local conditions. The preacher saw in the Japanese tradition to reject only that which is connected with the worship of anything but the one Creator. Everything else is the result of inculturation, which, thanks to Christianity, will add to the development of the socio-cultural national reality of Japan.

How I Became a Christian, an essay published in 1895 and translated into English, received many excellent reviews and inspired a new generation of missionaries and preachers to spread the teachings of Jesus Christ and serve love of neighbor. His English-language essays and works have been republished and translated into many languages.

Uchimaro Kanzo died in Tokyo on March 28, 1930, leaving a visible mark on the development of Japanese literature and philosophy, as well as the spread of the Gospel in the area. On his tombstone are the words that have become the main credo of his life: «I am for Japan. Japan is for the world. The world is for Christ. His example of life vividly illustrates the positive influence and spiritual development of the states in whose territories the doctrine of Christ is preached and leaves a significant imprint in various spheres of personal and social life. 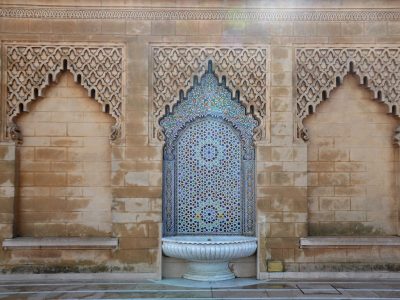 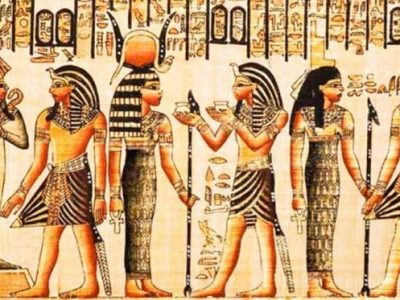 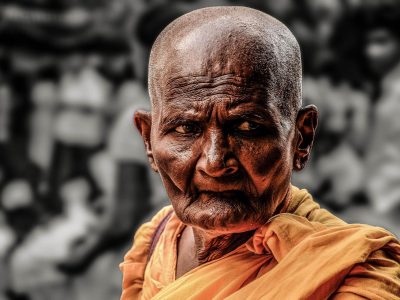 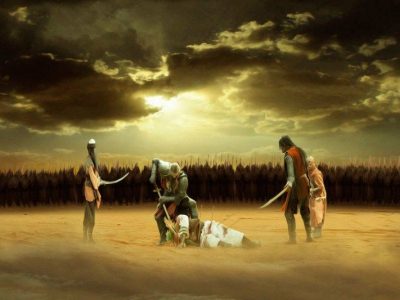